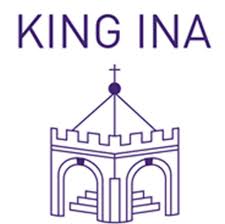 This document is designed to:

The Department for Education (DFE) has set out the requirements and processes for amalgamating and making changes to an academy in the guidance ‘Making significant changes to an open academy and closure by mutual agreement’.

This consultation period is the first stage in that process.

Currently, King Ina C of E Academy’s Infant and Junior schools are both members of King Ina C of E Academy Multi Academy Trust (MAT). They have a single/shared board of directors, local governing body and executive headteacher but they are still two separate schools. Pupils at the infant school have to apply for a place at the junior school and the transition from one school to another can cause disruption for pupils.

Construction of a new school designed to accommodate both schools, including future proofing for any future growth of Somerton, is anticipated to be completed by the start of the summer term 2021. At this point, the two schools have stated that they wish to amalgamate. The board of directors, local governing body, Diocese of Bath and Wells and Somerset County Council are in support of the proposal.

If the schools amalgamate, pupils will benefit from a seamless transition, parents will not need to apply for a place at the junior school. Amalgamation would also benefit the school financially, having only a single DfE Number and being able to buy supplies and services as a single school.

What would change and what would not change? Staffing

King Ina Church of England MAT is the employer of all staff across the two schools. Therefore, there would be no staff change implications.

Currently both schools wear the same uniform bearing the logo ‘King Ina C of E Academy’. There would be no change of uniform implications.

As an academy the board of directors remains responsible for admissions. The primary school’s Admissions Arrangement would reflect the schools’ current admissions arrangements with the exception of removing the Junior school’s PAN.

All buildings and land of current Infant and Junior schools will return to its original ownership, either Somerset County Council or Diocese of Bath & Wells. The provision of the new school building and land is being funded by Somerset County Council, in the event of the disposal of the current junior site the Diocese of Bath & Wells have agreed to pass the proceeds of sale on to contribute to the successor school.

The school will receive the same income for education from the Education Funding Agency based on the number and characteristics of the children as it did before.

The amalgamation proposal and process

The process of amalgamation is made up of three legal changes:

Currently, King Ina C of E Academy (Infants) takes children from 2 to 7 years old with a capacity of 150 pupils plus 24 full time nursery places and King Ina C of E Academy (Juniors) admits pupils form age 7 to 11 with a capacity of 180 pupils, providing a joint capacity of 330 Reception to Year 6 pupils plus 24 full time nursery places. Upon implementation, a primary school will be created with an age range of 2 to 11 years operating from a new school site with an increased capacity of 420 Reception to Year 6 pupils plus 53 nursery places. All pupils currently at the two schools will be guaranteed a place at the new primary school, which will be renamed King Ina C of E Academy. Places will then be available to any families moving into the numerous newly and partially developed housing estates in Somerton, which the current schools would be unable to accommodate. Housing data published for Somerton forecast by 2023 primary school places needed will increase to 352. This forecast does not include an additional 200 homes, which should generate a further 60+ pupils. The new primary school will retain the Ofsted rating Good of King Ina C of E Academy (Juniors), which is the enlarged school. As no pupils are being displaced and additional places are provided for families moving into the area, it is not expected that the proposal will have a negative impact upon any local schools.

The following timescale will be adopted for the process of amalgamating the two schools and implement the new primary school.

The 7 week consultation period starts on Thursday 1st October 2020 and will close on Thursday 19th November 2020.

A parents’ consultation meeting on the proposal will be held at King Ina C of E Academy (Juniors) on Thursday 15th October 2020 from 6:30pm to 8pm in three sessions of 30 minutes at 6:30pm, 7pm & 7:30pm. To adhere to social distancing guidelines a limited number of places will be available so we ask that only one member attends from each household. If you wish to attend one of the sessions please contact the school office to reserve your place. If demand for places exceeds the number of places available on the Thursday 15th October 2020 an additional session/s will be arranged.

All responses will be considered after the consultation ends on 19th November 2020.