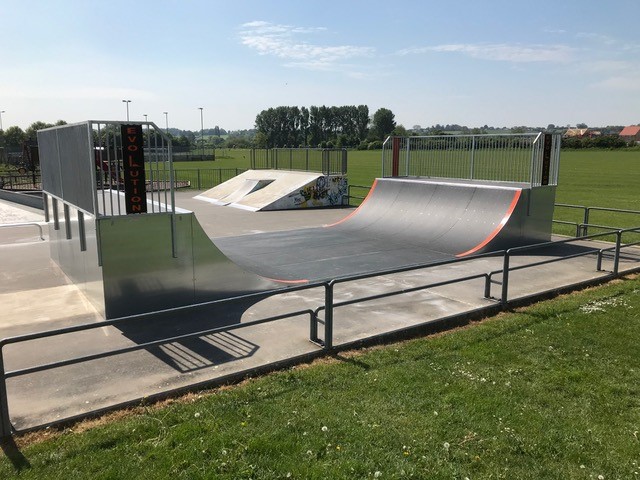 Somerton Town Council would like to announce a recent addition of a new half pipe ramp installation at Somerton Recreation Ground, Gassons Lane, Somerton. This equipment is officially open for use.

Please click on the link below to view the Somerton Town Council Press Release: