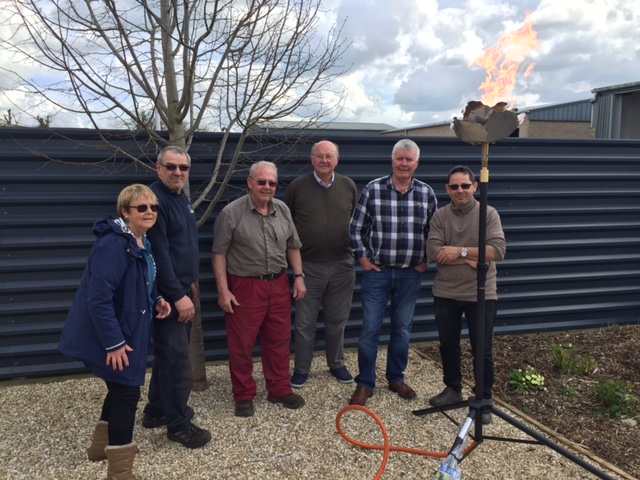 21st April 2016 at the Horsemill Lane Field (field by The Lynch Country House Hotel, Behind Berry) from 6.30 pm.

Somerton Town Council are organising a Beacon to celebrate the Queen’s 90th Birthday on Thursday 21st April at the field by The Lynch Country House Hotel, Behind Berry, between 6.30 pm and 8.30 pm.
We are grateful to Mr Copeland for letting us use his field.
Refreshments provided by Parrett House Catering and Beer/Cider by Glastonbury Ales.
Entertainment will be from Somer Singers and Somerton Festival Band.
Our Master of Ceremonies will be Mr Steve Davis in full Town Crier regalia.
There will be a Firework Salute organised by Rocketman Fireworks of Bridgwater.
The Beacon will be lit by Mr Neil Taylor and Kathleen Locke in honour of their company’s, Overt Locke’s, 90th Anniversary in the town at 7.15 pm.
We hope you can come and join the celebrations.

Please use the Town Car Parks. There will be a drop off point in the lay-by at the Lynch Country House Hotel for disabled persons but the vehicles must then go to the Town Car parks.

The Public Toilets in Brunel Car Park will be open till 9 pm that night.